About SDL What We Do Board members and Athlete

Making the lives of people better through sports.

Creating a new future through synergy of the values of sports.

The logo represents that the influence of sports on people is infinite and the potential of athletes is also infinite. It also resembles waves; as Sports Design Lab will cause a new wave in this world.

Creating an ecosystem of sports through combining our skills and knowledge of athlete development. 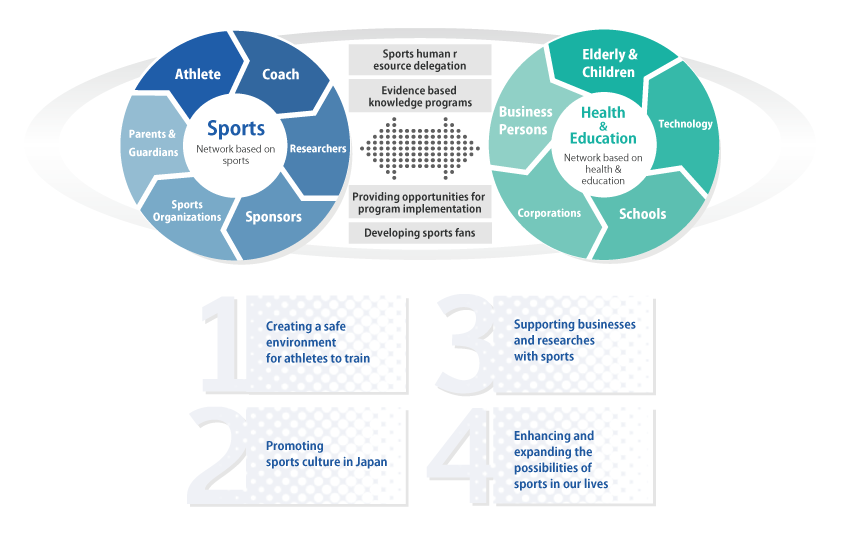 →Dispatching our experts for development programs for athletes, coaches, and parents

Sports Consulting for Companies and Communities

Training Programs Based on Wrestling

Research of Sports and Health

→Promoting and supporting researches on sports and health

Board members and Athlete 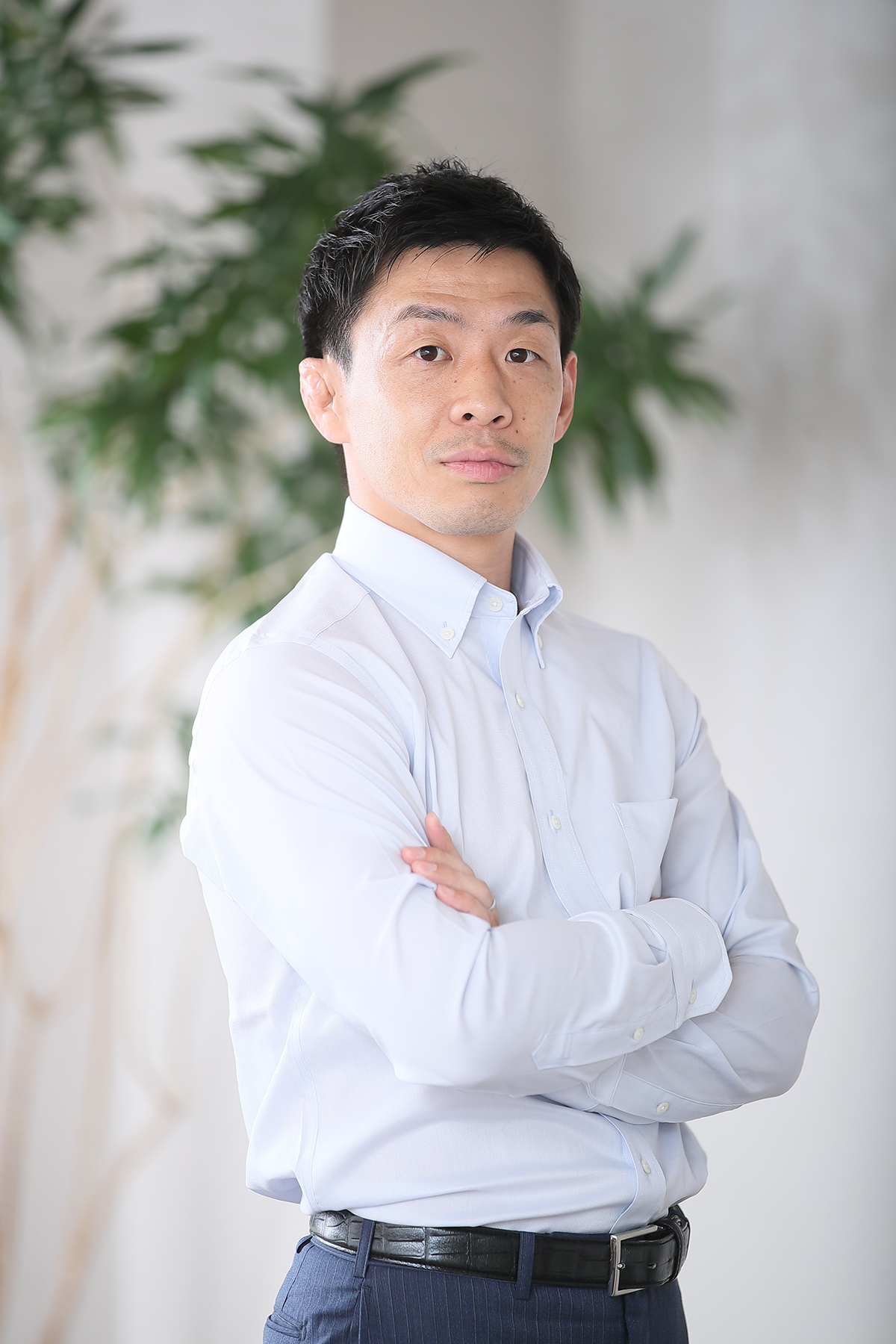 Dr. Shimizu began wrestling under the influence of his father who was a hopeful for a gold medal for the Moscow Olympics. In high school, university, and post-university, he won numerous national and international tournaments. He continued his athletic career as a professional athlete. At the same time, he completed his research on sports management at Tsukuba University graduate school as a Sports and Health Management major in 2009. Afterwards, he joined Nihon Sports Science University as an assistant professor. After resigning in 2013, he was appointed the project manager of the Medal Potential Athlete Development System Project which was a commissioned project by Japan Wrestling Federation to MEXT (Ministry of Education, Culture, Sports, Science, and Technology). There, he enhanced the athlete development systems for wrestling athletes which has produced many world champions and medalists. As a researcher, he completed a research on athlete’s career building based on sports psychology. With this research, he earned his Ph.D in Sports Science in 2017. With his rich network he built through the government projects and researches, he established Sports Design Lab to help shape the sports ecosystem. 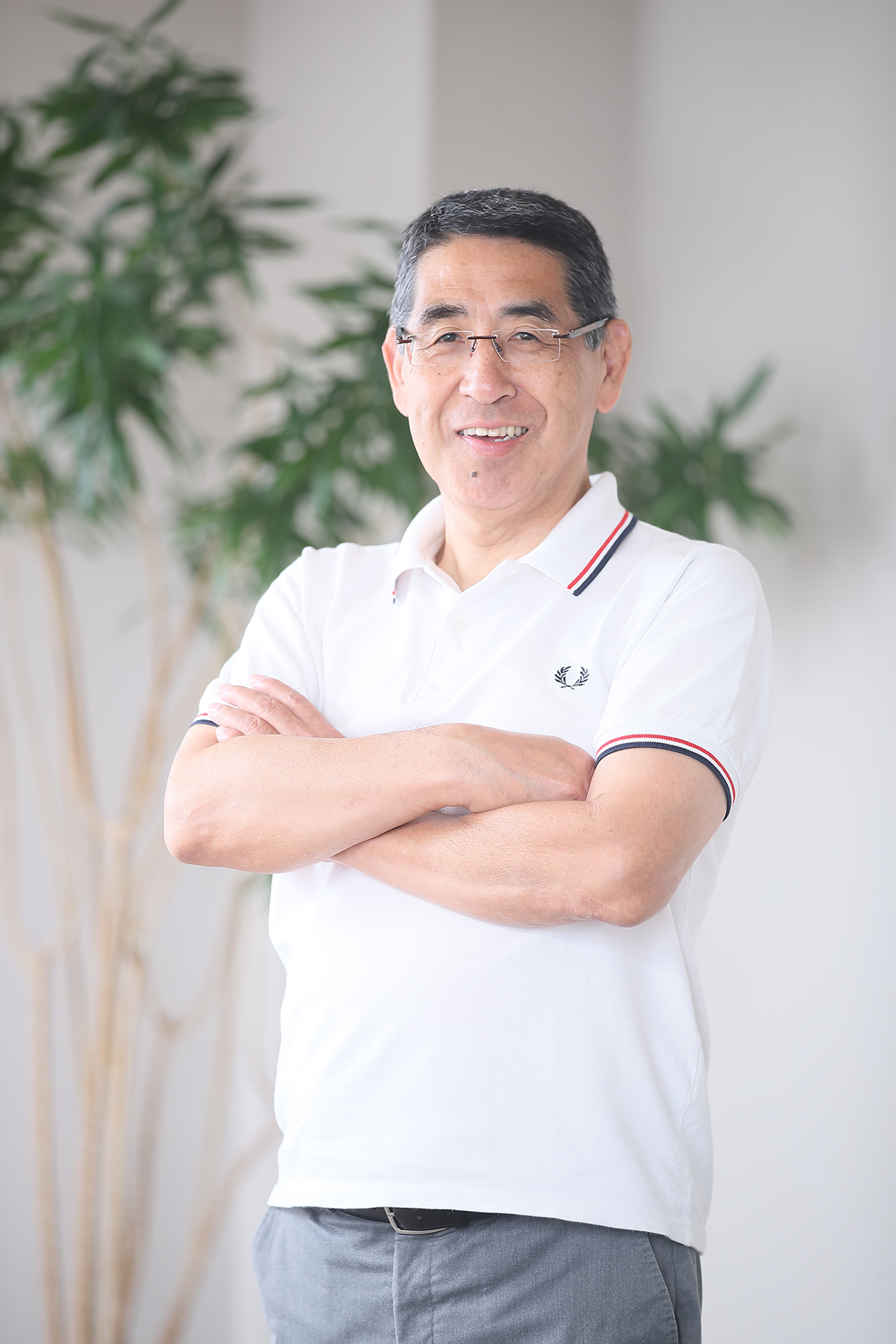 After graduating Waseda University with a degree in education, Mr. Ie joined Mitsukoshi Corporation. After assuming his assigned position as the Manager of Sales at PDC Corporation, he then was promoted as the CEO. After his tenure, he served as the Executive Advisor for Coach Japan, CEO of Restaurant Niko Corporation, and Executive Director of Mitsukoshi Kankyo Service Corporation. In May 2005, he assumed position as the Vice Director of Sales for Fontaine Corporation. With the merger of its three subsidiaries, he was promoted as the Director of Sales of East Japan of Aderans Corporation. Currently, he is the president of Associe Corporation. During 1999 to 2010, he was the head coach of the Waseda University wrestling team. With the mission to rebuild the country’s first wrestling program, he led the team to win the East Japan University League Championships for the first time in 60 years. Currently, he also serves as the president of the Waseda University Alumni Wrestling Club. His management style of valuing networking and seeking improvement and growth of the people and the organization has proven to be effective in both the business and sports world. 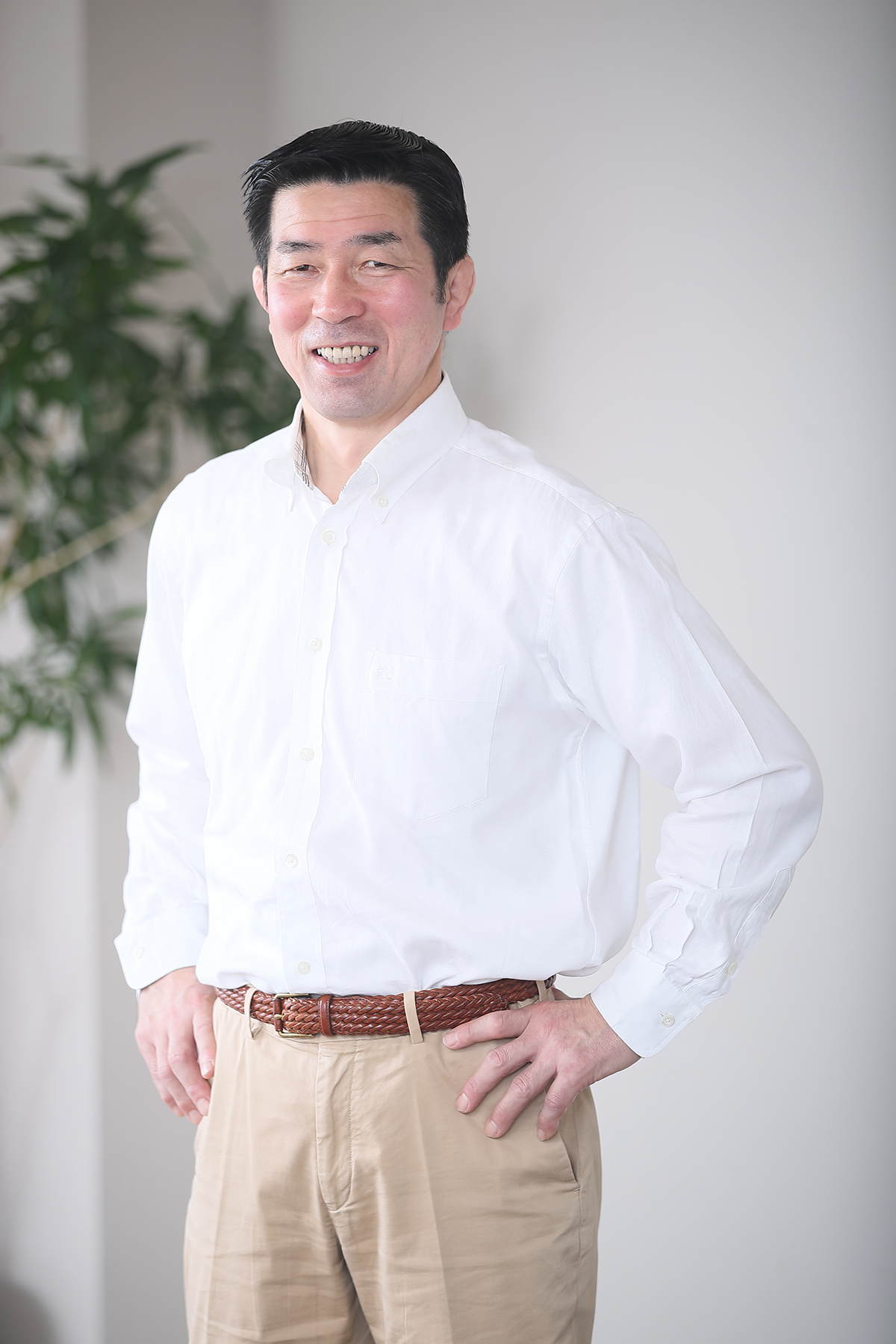 Mr. Ito brings with him experiences as an athlete, coach, and head coach for the Japan Self Defense Force wrestling team. As an athlete, he was a 6 time Japan national champion, Asian Games champion, and 8th place at the Seoul Olympics. He was the national wrestling coach from 1997 to 2008 and served as the Greco Roman High Performance Committee Chairman for the national team for the 2012 Olympics. He has coached many Asian Games champion and World and Olympic medalists. At the same time, he showed outstanding management skills in leading the Japan Self Defense Force wrestling team as the head coach. His wrestlers captured 2 gold medals and 1 bronze medal at the London Olympics. After the 2012 Olympics he served in talent identification and development for developing athletes for the 2020 Olympics and beyond. The athletes he identified have won numerous championships including the World Championships. On top of his skills in coaching and team management, he excels in creating training programs based on wrestling for a wide range of participants. He also has a rich international network in the high performance sports world. 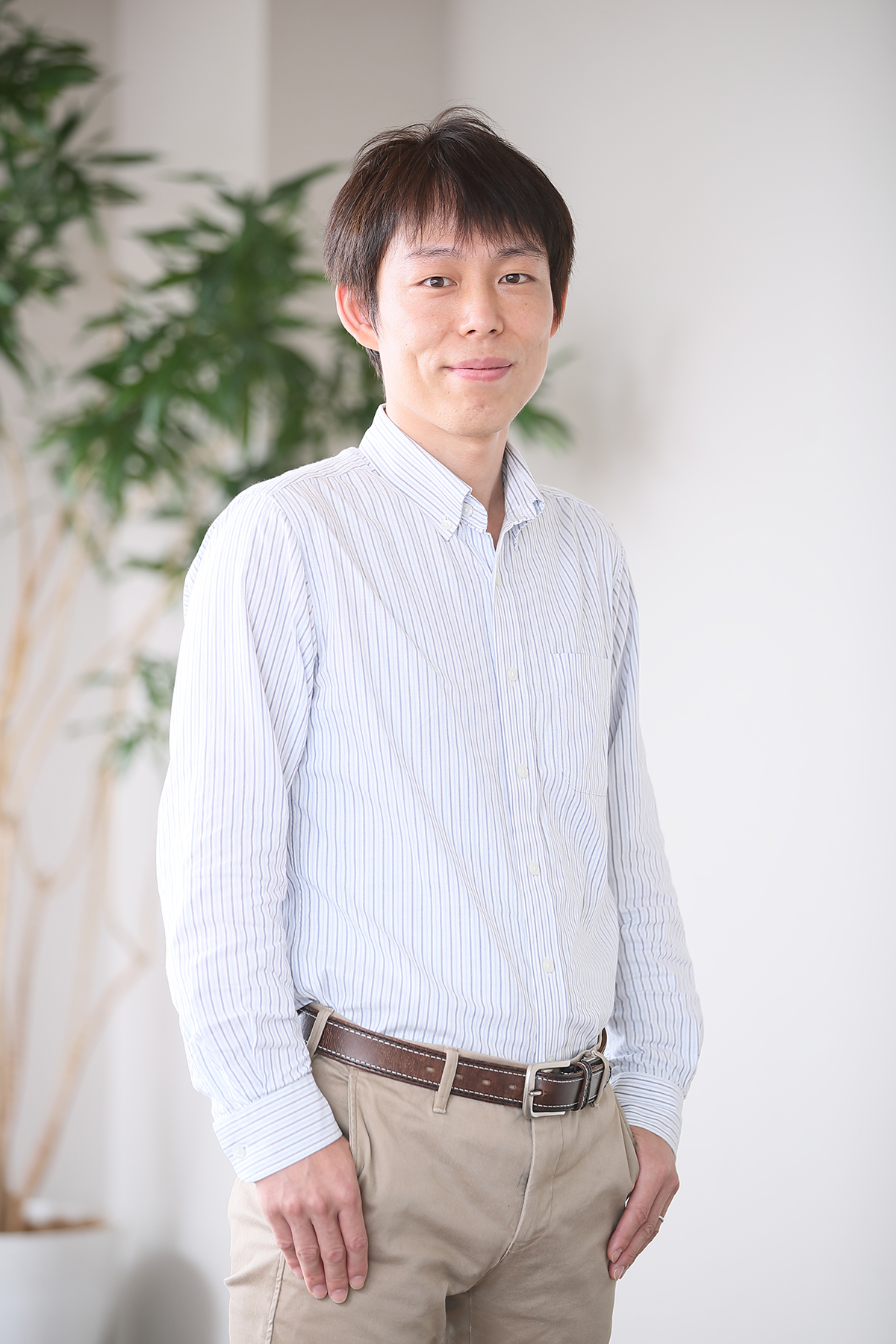 After graduating from the Tokyo Institute of Technology with an engineering degree, Dr. Shimamoto earned his master’s degree from the Tokyo Institute of Technology graduate school in the School of Decision Science and Technology where he also began his doctorate work. He earned his Doctorate degree in 2007 with his study of “life skills” and how university athletes acquire life skills through their athletic experiences. After finishing his doctorate work, he joins a voluntary research group, Life Skills Program for Athletes. After his tenure in the School of Education at Hyogo University of Teacher Education as assistant professor from 2011 to 2016, he assumed position as the associate professor in the School of Education at Meisei University. He has extensive experience in developing educational programs for projects aimed at identifying and developing exceptional athletes ranging from local to top national levels. With Sports Design Lab, he is researching and developing life skill programs for athletes, coaches, and parents as well as training life skill program practitioners. 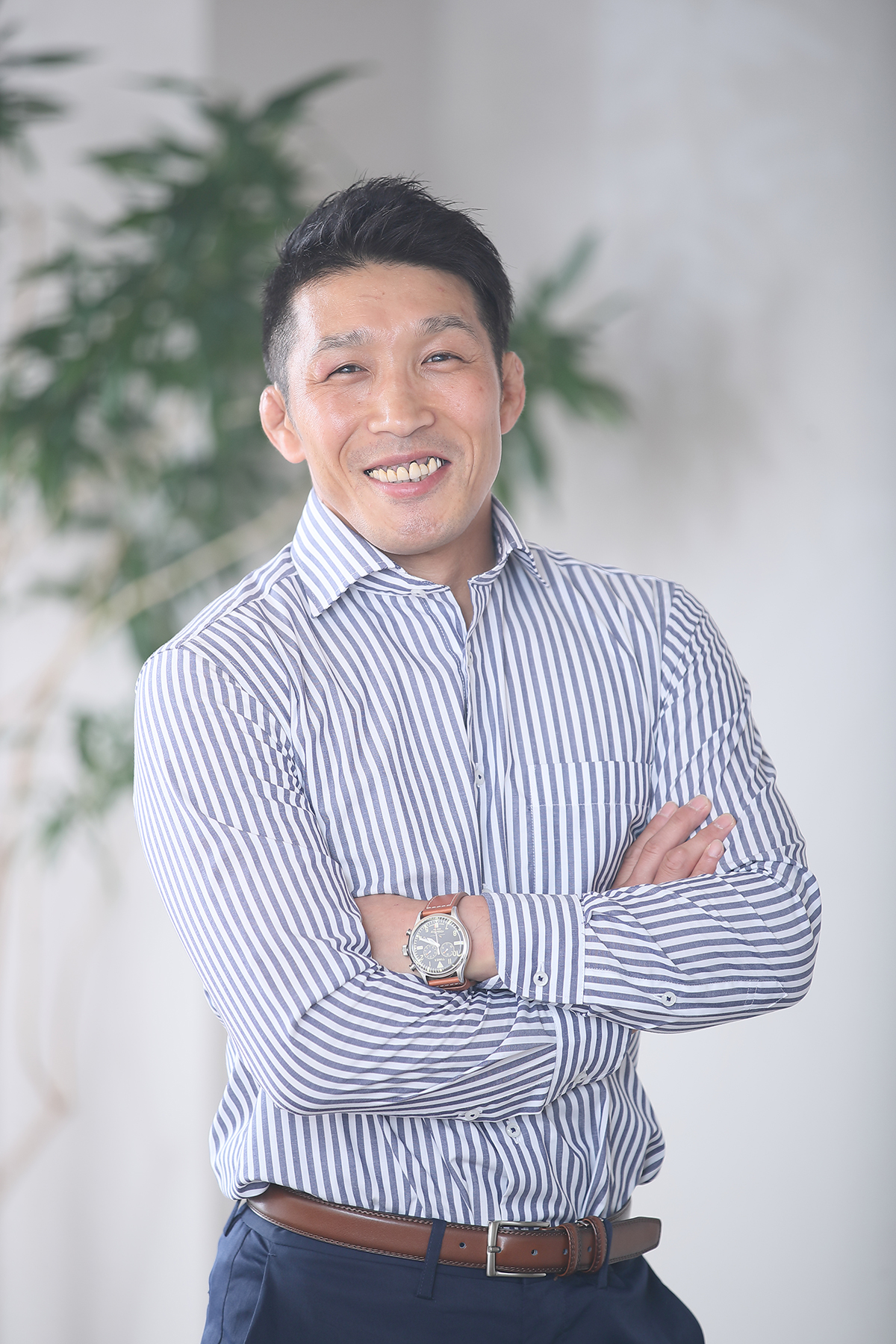 Mr. Tanabe began wrestling in high school and qualified for the Sydney Olympics in 2000. After his first Olympics, he continued his athletic career and at his second Olympics in Athens ? at age 26 ? he won bronze medal in freestyle wrestling. After the Olympics, he began his coaching career. He was the assistant coach of the Japan national team for the 2008 Beijing Olympics. He was the national coach for the 2012 London Olympics and contributed to the team winning multiple medals including a gold medal. After the London Olympics, he continued to serve as the national coach and at the same time was involved in the talent identification and development program by Japan Wrestling Federation. He served as the core member of the talent identification, athlete development, and high performance areas and led the success of Team Japan at the 2016 Rio de Janeiro Olympics. He was also Kaori Icho’s personal coach and contributed to accomplishing an unprecedented record of her winning the 4th consecutive Olympic gold medal. His coaching expertise utilizing his unique perspectives, ample experiences, and data application is highly respected domestically and internationally from a wide range of age and level of athletes both male and female. 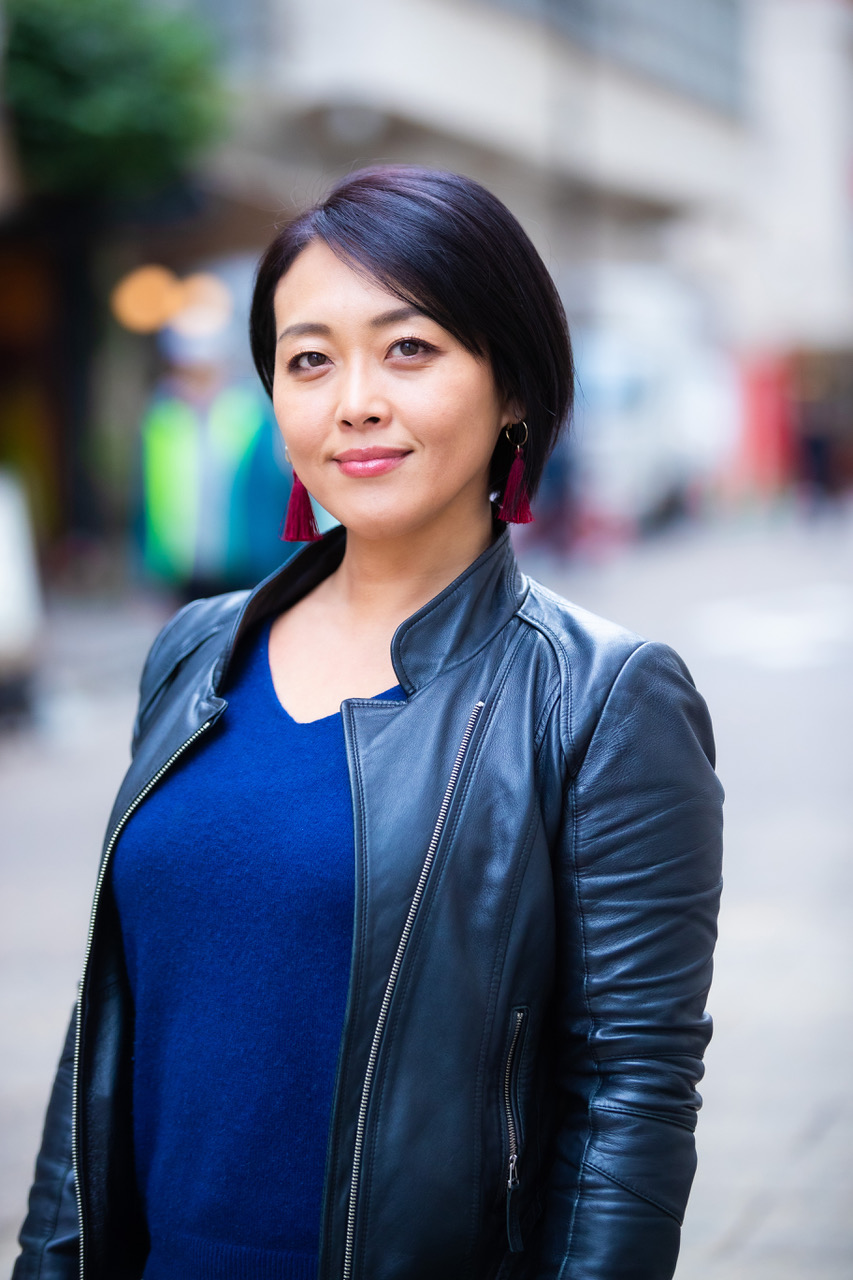 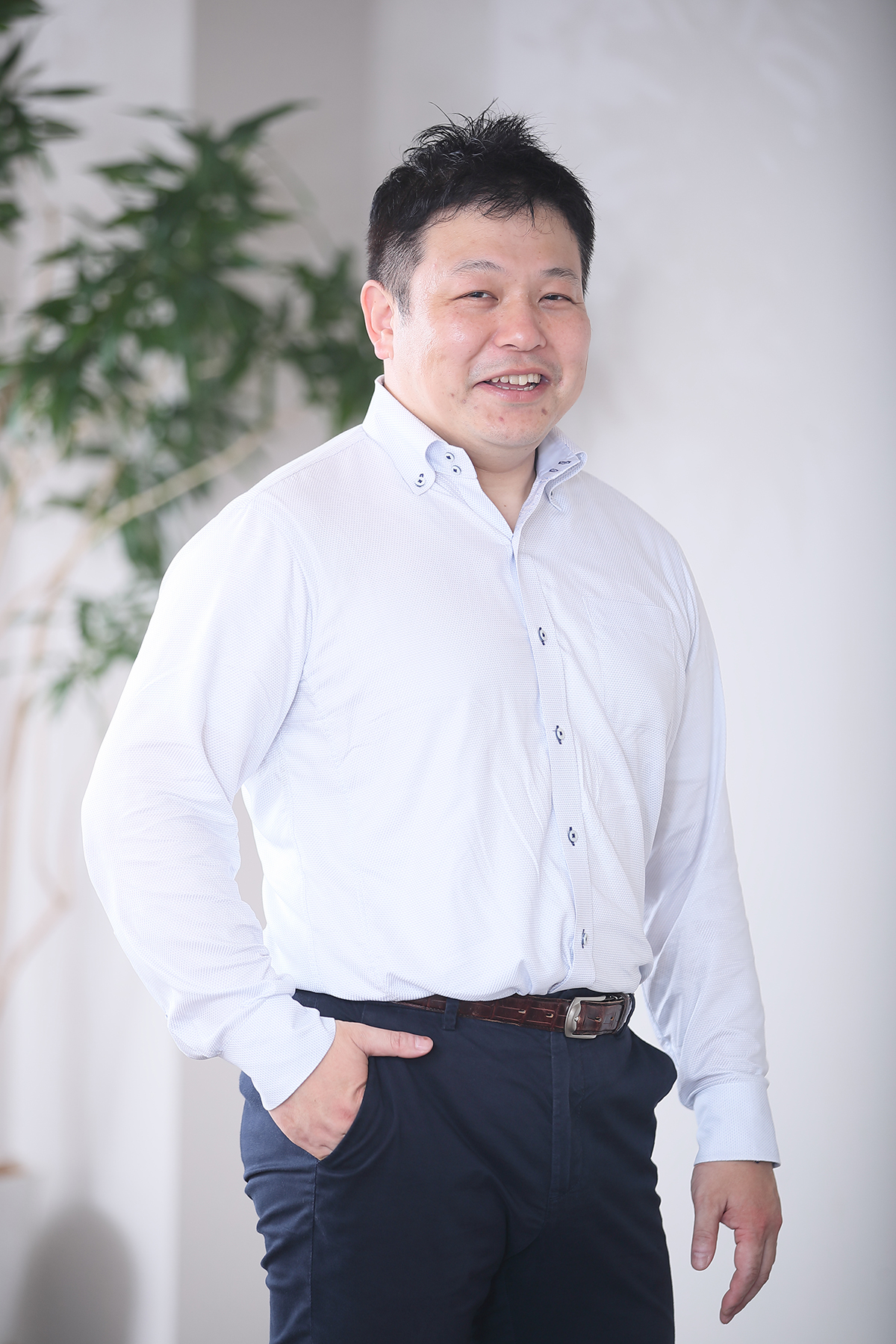 After graduating from Sendai University with a degree in physical education, Mr. Kawano joined Touto Rehabilitation University as an instructor teaching physical therapy and athletic trainer courses. In 2007, he began his research in the department of Sports and Health System Management at Tsukuba University graduate school to expand occupational opportunities for athletic trainers. He graduated with a master’s degree in physical education 2009. In 2013, he was assigned to take on an athlete pathway system project for Japan Wrestling Federation. Through the project, he worked in coordination with MEXT (Ministry of Education, Culture, Sports, Science, and Technology), Japan Sports Agency, Japan Sports Council, and other sports federations. Currently, he serves on the board for Akiruno Sports Club and on committees for Akiruno City Sports Promotion Committee and Akiruno City Sports Promotion Project Committee. Since 2014, he is serving as the president of the Akiruno City Rugby Football Federation to promote and develop rugby in Japan. 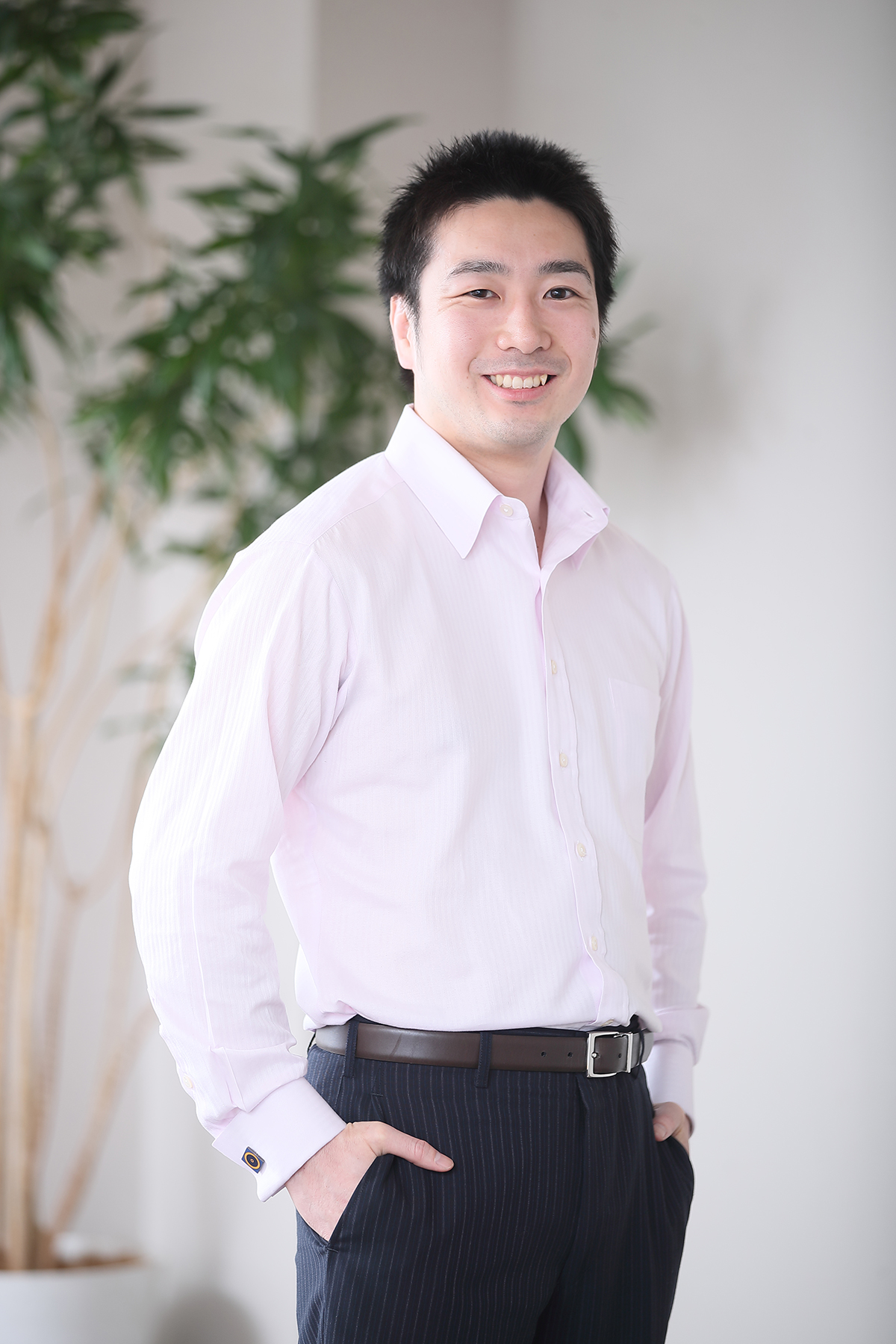 After graduating St. Mary’s International School, Mr. Yabui earned his Bachelor of Business Administration from Temple University with the highest honors. During his high school wrestling career, he accomplished to be a 3 time DoDDs (Department of Defense Dependent schools) Far East wrestling champion. After graduating university, he created and developed a unique English learning curriculum and founded an English school for Japanese speakers. Later on, he assumed position as the head wrestling coach at his alma mater and led the team to win 4 consecutive DoDDs Far East tournament titles for the first time in school history. In 2014, he certified as Asia’s first United World Wrestling (UWW) Coach Educator. As an Educator, he supports in the development of national coaches mainly in the Asia and Oceania regions. Currently, he teaches the International Baccalaureate Economics course and Business Ethics as the high school social studies department head at St. Mary’s. Using his bilingual ability, he also serves as the Chair of the International Relations Committee of the Japan Masters Wrestling Federation as well as assists in UWW’s coach development projects and media translations. 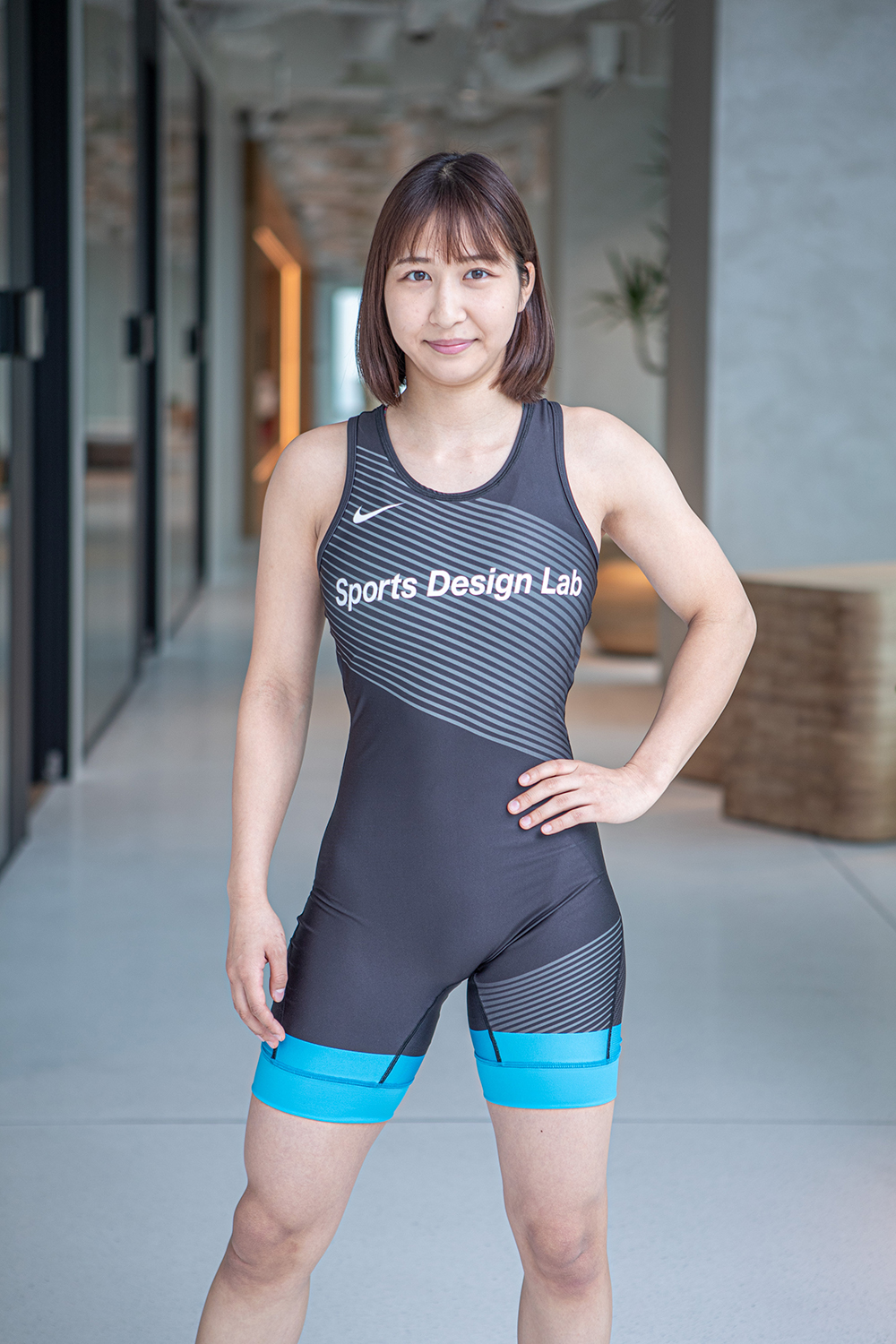 Miyu Nakamura began wrestling at the age of 5. After enrolling at Saitama Sakae Middle School, she began to prove her talents in the sport, winning the national middle school tournament in 2013. Then, she was selected and trained under Japan Wrestling Federation’s talent identification and development program. In 2015, she won the Asia Cadet Championships and won the World Junior Championships in 2016. In 2017, despite being in the junior age category, she competed in senior category tournaments and placed 3rd in the All Japan Wrestling Championships and runner-up at the Dave Schultz Memorial International Tournament. With the world’s fastest offense and Japan’s top level conditioning as her arsenal, she is a gold medal hopeful for the 2020 Tokyo Olympics.